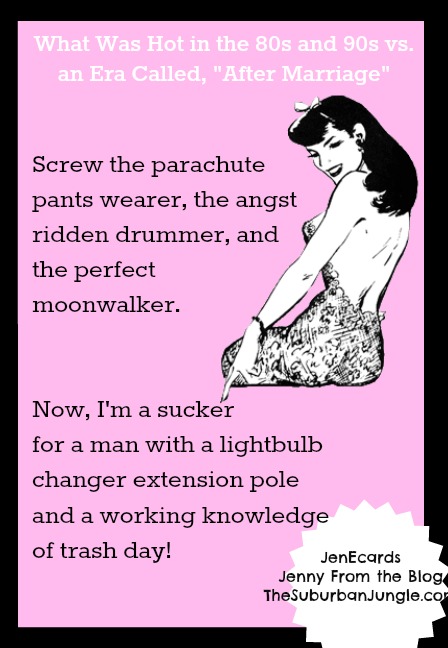 “Shit, I’m totally running late and I have an appointment for the new kitty at the vet, do you think I can call my husband and have him get her ready in carrier and stuff?” I said to a friend as I rushed back from a meeting.

“You can try… giggle, giggle. You know how it’ll go right?” she replied, fully knowing this would be an exercise in futility which would end with me getting home frustrated at my husband’s inability to follow the simplest direction and then doing it all myself.

She was right, I knew how this conversation would go or any conversation that involves more than one detail… it gets lost in the abyss that fills the air between my words and his ears. Like this… (insert squiggly lines from a Scooby Doo cartoon) ~~~~

ME: Honey, can you get the cat carrier out of the third garage and wipe it out and put something soft in it, and put the kitten in it, and have it ready so I can just beep?

Hubby: We have a third garage?

Me: (At least he didn’t say, “we have a kitten?”) Yes, the one where we keep all the luggage and bikes and beach stuff.

Hubby: When I get there, which way should I look? Left? Right?

Me: Start with right but then follow up by looking left.

5 minutes later, the hubs will call…

Hubby: I looked all the directions we discussed and it’s not here. We must have thrown it away when Coco died.

Me: We didn’t throw it away. Try looking up.

Me: OK, just humor me and look straight ahead this time.

Hubby: I will but there’s no reason to… Oh there it is. So, now what do I do with it?

OK, slight exaggeration aside, I have some variation of this conversation DAILY!!! Whether he’s looking for the brand of OJ we always buy, but they “must not sell it anymore,” or socks for Ry, which “she must have given up for lent (except we’re Jewish),” or he’s looking for clean laundry in the laundry room and I have to explain that the clean stuff is the stuff that smells as if it’s been washed.

I think you get the picture, so when I actually called and he said, “OK, I’ll do it,” and then he didn’t call back to ask a single follow up question, I was shocked. And when I arrived home and he simply handed me the crate with a pillow and a kitten inside, I was turned on. Nay, I was in love!

No, he didn’t have roses or jewelry in his hands … he didn’t say you are the most smokin’ chick ever or I love your ass even though you complain about how it sags and has dimples … I say it gets better with age, or you should go get those Rag and Bone boots you want so badly, nope, he handed me a crate with a kitten and I was all “G-d you’re hot!”

You see, I love my husband, very dearly, it’s just that the things I find attractive now are not the things I ever dreamed would have mattered back in the day.

What was hot in the 80s? You know, the really sexy stuff, like the perfect feathery mullet, the ability to quote any movie with Chevy Chase, Leslie Neilson, or Billy Murray (start to finish), and those indents at the bottom of a six pack that trace into a skinny guys jeans (not to be confused with a guy wearing skinny jeans, because frankly, parachute pants, or Jams or Z Cavariccis were more my speed).  Oh and a guy with the ability to dance aka moonwalk, cabbage patch, grind, or do an MC Hammer impression … soooo hot.

In the 90’s, it was a guy in a hanes type tee, which was purchased at Abacrombie or at a minimum Structure, an untucked flannel and button flies would set off my radar. Add some Doc Martens a canvas belt and a heaping table spoon of angst and I was swooning. Well, swooning on the inside, the 90’s were definitely about playing it cool and repressing important emotions, like joy. Sure, I did the 90s right, I spent hours on line at designer coffee joints and cappuccino stands, I dieted by eating high sugar – low fat foods, and fluctuating between crushes on the preps that treated you like a play toy and the man with no plan.

I met one of the preps in the 90s and before the new millennium was rung in, I married that man. I found many things sexy about him, that he would bring me flowers, his air of confidence, his ability to command a room — that seems fitting for the mid-nineties, no? Insert Glengary Glen Ross reference here. But let me tell you, marriage changes things … soon, all that stuff became trite and what I really longed for was someone to put away the dishes without asking or not keep rerunning the same clothes in the dryer until I took them out and folded them, or to change a lightbulb without me having to replenish the bulbs first and then tell him where we keep said bulbs.

Seriously, at some point the definition of “hot” become a checklist of chores your spouse could do for you to alleviate the workload? If you had told me in the 80s my man wouldn’t have a mullet or the 90’s my man wouldn’t have a band, or before marriage that I would one day get giddy over the rare instances when my partner remembered to put out the recycling in it’s specified container and not simply through all the stuff in with the regular trash (after I spent the week separating it out), I may have said, “shoot me now,” or “where is Ashton Kutcher,” or “you’re high, can I have some?” But it’s true, those little things are freakin’ hot.

Those are the moments I looked at him all googly eyed. I guess I should look at the bright side, I still get googly eyed and butterflies still swim in my belly – it just takes a well placed trip to the pharmacy to grab a prescription for me, a glass of water on my nightstand or a pep talk about why I’m not screwing up our kids to get me going. Eh mullets, Obsession for Men, and coffee stained flannel wearing drummers — can suck it.

OK, what was hot to you in the past and what is shockingly hot now? SPILL!

17 thoughts on “What Was Hot Then vs. What’s Hot After Marriage – Who Woulda Thought?”