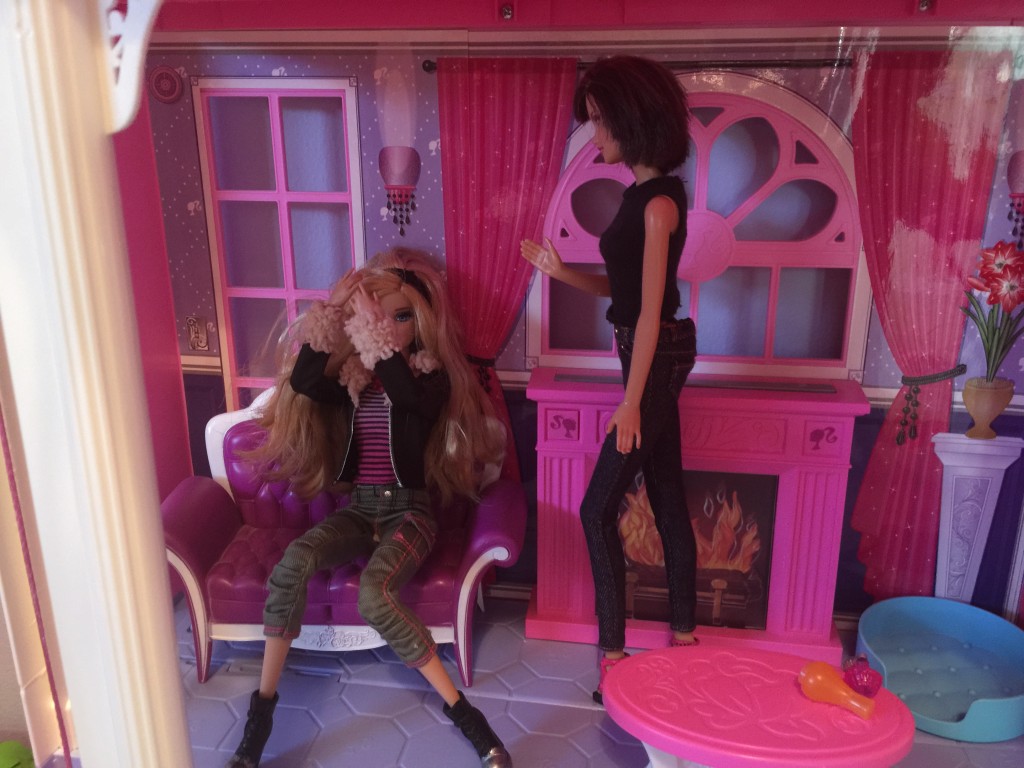 The title sounds like something you would see on Pinterest — in “4 easy steps to beat bullies,” but it’s not. It’s not easy for our kids to combat bullying or even understand it. As a child of the 80’s, “bully” wasn’t the buzz word it is today. We all got bullied to some degree. We were teased and made fun of over the smallest things, from clothes, to acne, to not developing fast enough or too fast, to how you pronounced a single word. Teachers generally ignored it or wrote it off as part of the growing up process and left the dirty work to after school specials and “One to Grow On.”

(Well, unless you were the bully, which we now know was probably a backlash caused by circumstances where you felt out of control… or you were just a douche, in which case, I hope you got your just desserts in the form of some Revenge of the Nerds / Karate Kid / Pretty in Pink / every teen angst movie ever made, style comeuppance!)

I’m not gonna lie and tell you that some of the ribbing I got as a child didn’t help shape me into the person I am today. I also, won’t lie and tell you that it didn’t fuel the self-esteem issues I had back then. That said, there are people who truly believe we’ve gone too far on the bully talk. That everything is considered bullying and children are labeled “bully” after the smallest infraction. I won’t say that I don’t see it, I do. Compound that with the fact that this overuse ironically hasn’t diminished the weight of the label, it becomes a hard one to shake and a harder one to define.

I’ve realized that I can’t begin to sift through what determines bullying verses any other form or negative interaction because it just doesn’t matter. I don’t care what people call it or how often they use the term, I only care that my children are armed with ways to talk to people who make them feel badly and better yet, don’t allow them to have control over their feelings at all.

In the past we talked everything through ad nauseam, which I thought was working until the time my daughter went to kindergarten and confronted a kid by saying, “I understand why your mean to me, you have problems at home and this is how you deal with it.” Though, I was proud she said something, I realized she rotely repeated my words and probably had no clue what the hell she was talking about.

Since then, we’ve dealt with negativity through play. When we’re in the middle of our Barbie games, which usually involve me being the mean Barbie, who rules the school but has little more than beauty on her side, while Ry is the underdog. You know, the cliché movie version — the smart sweet dowdy girl, who’s a little lip gloss and a pair of contacts away from being drop dead gorgeous? (Look, she makes up the games people.) Which works for me because during the games I get to be relentless — I get to say mean hurtful things to her character and she gets to react and she does… well. Though unpopular and underrated her girls, over time, have learned to come back with brilliant and witty retorts, they’ve chosen not to attend cool parties because their friends weren’t included… they’ve told boys that they need to be treated a certain way if they want to go on a date. Her Barbies have learned to be standup people who stand up for themselves.

I don’t know how much it will help her in the future, but I can tell you it’s translated into her real life, in the now. I can tell you she gauges how she feels about other people based on whether she likes them and not whether they like her. For a child of 10 or an adult of 40, that’s pretty amazing self-esteem wise. I can tell you she repeats stories that make me feel sad for her until I realize they don’t affect her the way they would affect me. She has a skill in understanding right from wrong and positive verses negative that I never had at that age. It’s probably innate, but I like to think I helped build and strengthen that foundation. That’s my 2 cents and my not so easy steps… I’d love your thoughts on the subject.

People ask why I love Barbies so much and this is one of the reasons why, because they have more uses than anyone would ever imagine. This post is a part of the Barbie Project. Thanks Barbie for choosing me to be a part of something I feel like I’ve always been a part of!  Learn more about The Barbie Project with the hashtag #BarbieProject

3 thoughts on “It’s All Bully Talk and No Action”