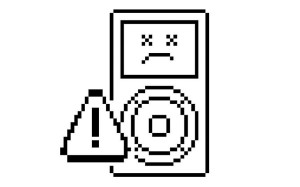 i Have an iLove iHate Relationship with the Apple Store. (A little Apple Store humor for frustrated customers who really kinda love that place, like me.)

Last week, I took a trip to the Apple store.  Oh, the Apple store.  It’s like a Dylan’s Candy Bar for adults.  Like it’s namesake, in the Garden of Eden, or in the hands of Snow White’s evil stepmother, APPLE was so inviting… so enticing.  There it was, in all of its overcrowded, 8 gazillion watt minimalistic splendor.

People were taking courses on their iMacs, downloading apps on their iPhones, and buying $500 earbuds for their iPads.  They were opening their iWallets and paying an iFortune for their iWare.  The invisible cloud hung low, like old testicles… The phrase, “there’s an app for that” echoed softly throughout the store.  I was unable to find the source of this subliminal whisper, though I know there was probably an app that could help me.  I walked toward the Genius Bar, aka customer service for Apple users, and was helped by quite the iLoser.

“iHello Ma’am, how can I iHelp you?”  The i’s were silent, but I could tell they were implied.

“I have a problem with an iPhone and an old iPod (please note, my kids are going to camp and cannot bring phones so the use of an iPod is not as arcane as it seems).  The iPod has a picture of an animated iPod on it, which appears to be deceased.”  I do not lie.  Apparently, when your iPod’s hard drive is corrupt, most likely from cavorting with a PC, a cartoon iPod man appears on the screen with a frown and x’s for eyes.  Even in death there is some cute igimmick.

PC never cutely croaks, it just “crashes,” demanding hours of conversation with India.  I actually felt somber looking into iPod’s lifeless eyes, like I should say a little something before recycling it.

“My iPhone only charges on docks like my iHome, and my iBose, but not my iUSB, or my iCar Adapter, or our iDogs or any of the other iParaphernalia I’ve spent my husband’s hard earned cash on.

“Well, your iPhone sounds fickle,” said iFreud, explaining it in a way that would suggest my iPhone’s problem was more personal than technical.

“Do you guys have an appointment?” he asked.

“Guys?” I said, looking around for someone that must have been hovering over my shoulder.

“You and your iPhone,” he said, as if I had rudely discounted my iPhone’s feelings.

“Well, being that my iPhone’s so fickle, it’s no surprise that he’s also extremely picky about who we make our appointments with.”

“Just fill in this form,” he said, pointing to the screen.  “Ummm, I see we have an appointment available next week.”

“I’m sorry, did you say next week?  I can get in to see my OBGYN before that, and he’s busy,” I said winking at iNerd.  Who probably doesn’t speak to women about gynecologists, or anything else for that matter.

“You can’t see my iPhone until next week?  We don’t live nearby and…wait, what’s that iPhone?  *holds phone to ear* Oh, right.  Listen, I don’t want to offend you, iPlato, but iPhone is iPissed.”

“Well, we have two convenient locations to accommodate you.  Just fill in a time that works, and I’m sure a Genius here at the bar will be happy to assist,” he said, respecting iPhone’s space, and also looking at me as if I were insane.

“iPhone, you what?  You don’t think he should be allowed in the Genius Bar? No, iPhone I will not ask iDork his iQ.”

“You’re a PC aren’t you?” the iTwerp asked me, with a derogatory tone as if it were a racial slur.  If I were a Mac I would obviously appreciate the simplicity of the system and the ease of making an appointment.

“No, well yes.  I’m a switch hitter. Like the Osmonds – I’m a little bit country and a little bit rock and roll”  I said proudly.

“Who?” He asked and then sneered at me the way Drago Malfoy would before, groaning “Mudblood,” through gritted teeth (I use that reference because I’m pretty sure he has a Harry Potter costume at home… or maybe Dumbledore… or Hermione).

PS – The truth is I’m mostly a Mac, but a frustrated one, I realize it’s better than the alternative. PCs make me feel less frustration and more like stabbing someone. That said, my fickle phone and I went home to bury the iPod.

We said, “You’re in a better place… the cloud.”

You know how I mentioned my kids are going to camp? Well, in an interesting and totally contrived twist of events, I’m going  I mean, with them and writing, videoing, instagramming all about it, in a series called:  JennyFromTheBunk – I followed my kids to camp… Now what? It should be hilarious or maybe I’ll get eaten by a bear, but definitely one or the other. You can follow it here: Facebook.com/ILoveJennyFromTheBlog (I hope you do and tell your friends). XO – Jenny From The Blog

For notifications of new posts, enter your email address:

38 thoughts on “iCan Not iStand the Apple Store”