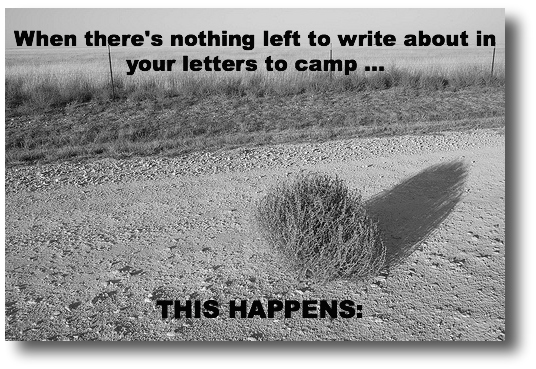 As we all know, the best ideas are generated during periods of total and utter boredom. Also, in the shower but there’s never anything to write with so, I imagine lots of great inventions are washed down the drain. Like time machines and renewable toxic waste…

Well, this is one of those brilliant ideas that I dreamed up and had the good fortune to get on paper. PHEW.

BTW, someone needs to invent a pad and pen that you can write with in the shower…

With the advent of camp emails and bunk notes, it’s never been easier to keep in constant contact with your camper. Unfortunately, it’s you contacting them and not so much them contacting you. I should know, spending this summer at camp, I realize that my own great intentions to write letters were squashed by one of my other great intentions —  to enjoy camp. Yes, speaking in your camper’s defense, camp is tiring and non-stop, and like being on a constant roller coaster — the last thing anyone wants to do is screech all that fun/energy to a halt to write an update. Also, so much happens in a day that when anyone does sit down to write it’s almost daunting to try to recap, hence the one liners: “Camp is fun.”

That said, I get the plight of the parent as well. Unless you’re rock climbing, getting up on water skis for the first time, tipping canoes, having bonfires, talent shows or raucous games of Name That Tune around the house, the whole we write you and get nothing in return is an oxymoronic phenomenon. 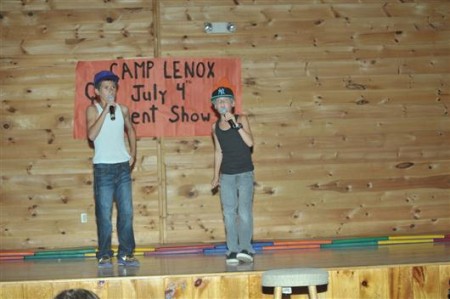 Look, I don’t assume to know what you parents are doing with your summers, but I’m gonna guess it’s not too far from the usual — working or hanging by a pool, going to movies, playing Candy Crush, or WWF on your phone, avoiding sex at least 50% of the times it’s offered, grilling something that was once alive, trying to hit a beach, or a mountain, or somewhere out of the ordinary for a bit of time, and being thankful there’s no homework to be done. I may have summed up most of our summers in an uninteresting paragraph, which is why I realize your bunk notes are probably getting a bit thin.

Around this time in the summer (when I wasn’t crazily following my kiddos to camp) I’d have taken to writing about inanimate objects, sharing farting anecdotes, and discussing what my pets would say if they could talk. In fact, the letter below is from one of my emails. (I wrote it and realized that my summer had been a total snoozefest also, I was pretty sure I’d invented the most brilliant new sport out of sheer boredom. That’s what they say, right? “Boredom is the Mother of invention.”)

Dear J- Coco (our then cat) watched Tanner (our dog) for like an hour straight tonight and then retired to her bed. Um, I mean, YOUR bed, which she has completely taken over. You may have to fight her for it. I don’t think she’ll give it back willingly. 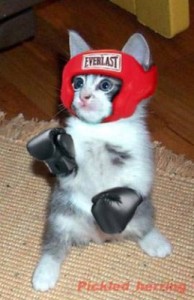 So you should probably get ready too.

Do they have cat boxing at Camp Lenox? It seems like they have everything else, though I haven’t seen any pictures of humans fighting cats… or cats fighting cats, for that matter.

Why don’t you suggest it. For a flex period or an AIC, not a required activity, as I think it may offend some of the campers. Plus, some of those kids look a bit wussy and I imagine their parents would not be happy to get a phone call that they’ve been beaten up by a cat.

Though, that’s probably a sign they should toughen up a bit, which leads me to believe that boxing cats is EXACTLY what they should be doing.

And then they could graduate to kangaroos, I hear they’re good boxers… Actually, I learned that from watching Tom and Jerry, but you don’t know who they are sooo.

Also, I’m not sure about the camp’s access to cats (or kangaroos for that matter). Maybe there are strays that hang near the dining hall, but they may just end up in that sesame chicken that you said gave you diarrhea. You should try to get a hold of those cats, which are probably already a bit scrappy, (Scrappy is a good thing to be called if you’re a boxer, well an Irish boxer in the 1800‘s, that is).

You could make tiny gloves at arts and crafts … I think this plan really writes itself from there.

You know what? On second thought, do NOT suggest this to anyone at Camp Lenox!

In fact, let’s pretend this conversation never happened! Seriously, I think this is what Michael Vick went to jail for, but he was fighting dogs, which is never a good idea, because dogs are natural fighters. Ever hear of a Boxer, duh?

PS – Remember when I wrote back that you should give the sesame chicken another chance? I’m now having second thoughts about that one.

PPS – Just because you will not be boxing cats at camp does not mean that I won’t be training Coco for a round at home. May the best cat, I mean, man win. I love you and miss you!!!

I know your letters look similar. In that they have little to do with anything. How much can you write about the weather, the pets, the siblings? How you’re waiting for them to come home to see Guardians of the Galaxy, Behaving Badly, Tammy, Sex Tape … (Look, I don’t assume to know what you take your kids to see.)

READ PART II and addendum’s to this article. Apparently I had a fact or two wrong…

Go Ahead, Share This With the Other Camp Parents Who are Totally Desperate for Something to Write About and Join the Fun on Facebook

PS – If you have any hilarious letters from your kids –The hilarious Jill Smokler from ScaryMommy.com and I are teaming up for the Great Camp Letter contest – submit them to ScaryMommy’s Facebook page or to mine: Jenny From the Blog.

Image via Flickr/Charles Henry and Jenny From the Blog