We all have those little things that irk us about our spouses.  Some women tell me that their husbands are too involved in every little decision around the house, making buying a new chair harder than getting your toddler to try broccoli.  Some women tell me their spouse’s are so tight with money that they can’t buy a ribbed tank without a budget discussion.  Well, neither of those are Mark.  For the most part he’s hands off when it comes to decisions and purchases (yay for me).  No, mine is an obstinate man with a desire to do everything in the easiest quickest way… with little remorse to boot.

Yesterday while dropping my son at a friend’s house he decided to tailgate the guy in front of him to get through the guard gate.  G-d forbid he waits in the line like an average Joe.  No, he has places to go and people to see.  BTW I,  (nagging wife) have warned him that this habit would end in damage to his car.  To which he has assured me the gates will stay open for him.  I mean don’t they know who he is?!?  Hello?

Well, this gate’s bar didn’t get said memo and slammed down just in time for him to crash into it, leaving it hanging from it’s hinge.  Oh, that’ll show that ignorant bar.

Guard: Sir, could you please get out of the car, we need to write up a report and call the police.

Stubborn Husband:  For what? I used my sensor and it didn’t work.

Guard (authoritatively, as if he had turned down a job with the police force for this.): Sir, you tailgated the car before you in.

Mark: (Who is now fighting as if he actually believes his own bullshit.) No, your gate closed on my car.

Guard: Nooo, your car crashed into my gate. 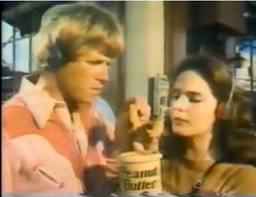 Well, it ended with my willful hubby refusing to get out of the car and defiantly driving through the gate to drop off my son, who was now crying about what was sure to be his daddy’s pending arrest.

Is he nuts?  Do rules not apply to him?  Why do men feel the need to fight (and win) every argument? This is why I spend much of my time Googling things.  ‘Cause my hubby is so freakin’ sure of anything that comes out of his own mouth.  He looks at himself the way people look at gossip mags.  He thinks, “If I say it… it must be true.”

Here are some of his doozy’s “No, you can’t get zits from dirty pillowcases Jenny, that’s insane.”  “Thanksgiving is ALWAYS on the 28th of November.”  “Ferngully (1992) was the first full length animated movie that wasn’t made by Disney.”

What’s crazy is that somehow through unwavering tenacity he convinces other people to second guess what they know to be true… or he causes them to want to pull their hair out in frustration.  Either way, it’s a win for him.

What, you don’t believe me?  Case in point:   “This is the same man who talked a police officer out of giving him a ticket for driving in the HOV (high occupancy vehicle) lane through adamant denial that he had stopped the wrong car.  As Mark says, “I planted a kernel of doubt.”

Mark:  Why did you pull me over? Was I speeding?

Policeman:  No, You were in the HOV lane.

Mark:  What?  I think you have the wrong guy.

Policeman:  You’re what we call a jumper, you pull in and out and I watched you pull out.

Mark:  Yeah, that wasn’t me.  I’ve been in this lane the whole time.  It must have been another black car (accused hubby, as if the cop was car profiling.)

Policeman:  Nope, it was your black car.  I saw you with my own two eyes, plus I’ve got it on camera.

Mark:  Well, check it and you’ll see you’re wrong (said cocky husband banking that he wouldn’t). Haven’t you ever made a mistake? (He continued)

Policeman:  Oh, I have, but I didn’t this time.

Sweet Lovable Man O’Mine:  Well, with all due respect, that’s the thing about mistakes; it wouldn’t be a mistake if you knew you were making it.  (I know you’re jealous that he’s not yours right about now.)

Policeman:  With all due respect, I don’t need a vocabulary lesson.

After more arguing and the writing of a citation my brilliant husband walked out of  his car on the side of a highway and approached the policeman with ticket in hand saying thus:  “I’m just very uncomfortable with getting a ticket for something I didn’t do.”

The policeman (in what I imagine to be shock) looked him in the eye, swiped the ticket out of his hand and said, “I’m going to rip this ticket up because you are the most persistent  mother fucker I’ve ever run into.  Now don’t do it again!”

Lesson learned:  If you deny relentlessly, you will be rewarded!

So, you wanna know what happened with the guard gate?  Hubs returned to the scene of the crime to find the police waiting for him.  Oh, I wish I were kidding you.

Guard: Sir, this is property damage and we need to write up a report.

Mark:  Well, your gate was clearly not working as it didn’t read my sensor.

Guard:  Sir, you tailgated we have it on camera.

Mark:  Then you should check the footage.  You would see I was trying to use my sensor. (he seems to think checking the camera is a whole to-do or I assume he would stop suggesting people do it.)

Guard:  May, I see your sensor?

Mark then proceeded to take out the Liftmaster 2000 clicker that came with our house.  It’s kinda like someone asking for ID and you showing them your Blockbuster card.

Guard: (with policeman snickering in the background) Sir, you’re showing me a 1960’s style garage door opener… I can’t imagine that you got it confused with our sensor.

In the end, it cost him $250, and you know what?  It was worth every penny.   And trust me, I’d like to put those pennies towards groceries or school supplies or a pair of stilettos.

Me: (smugly avoiding saying ‘I told ya so’)  Well honey, did you learn anything today?

BTW – it’s MARK WEEK here and on Facebook in honor of Mark and I making it to our 15th anniversary (almost) without one of us answering a lot of questions across the desk from a suspicious detective sitting in front of a two way mirror, I’ve been putting up some of my favorite MARK stories.

(Note, he is usually annoying in them and always wrong, it’s not that he doesn’t do amazing thoughtful sweet stuff — it’s just that, that stuff isn’t funny.)You May Like: I Can Be Such a Bitch, But Sometimes My Husband Deserves It (At least, that’s what I tell myself).
XO  -Jenny From the Blog